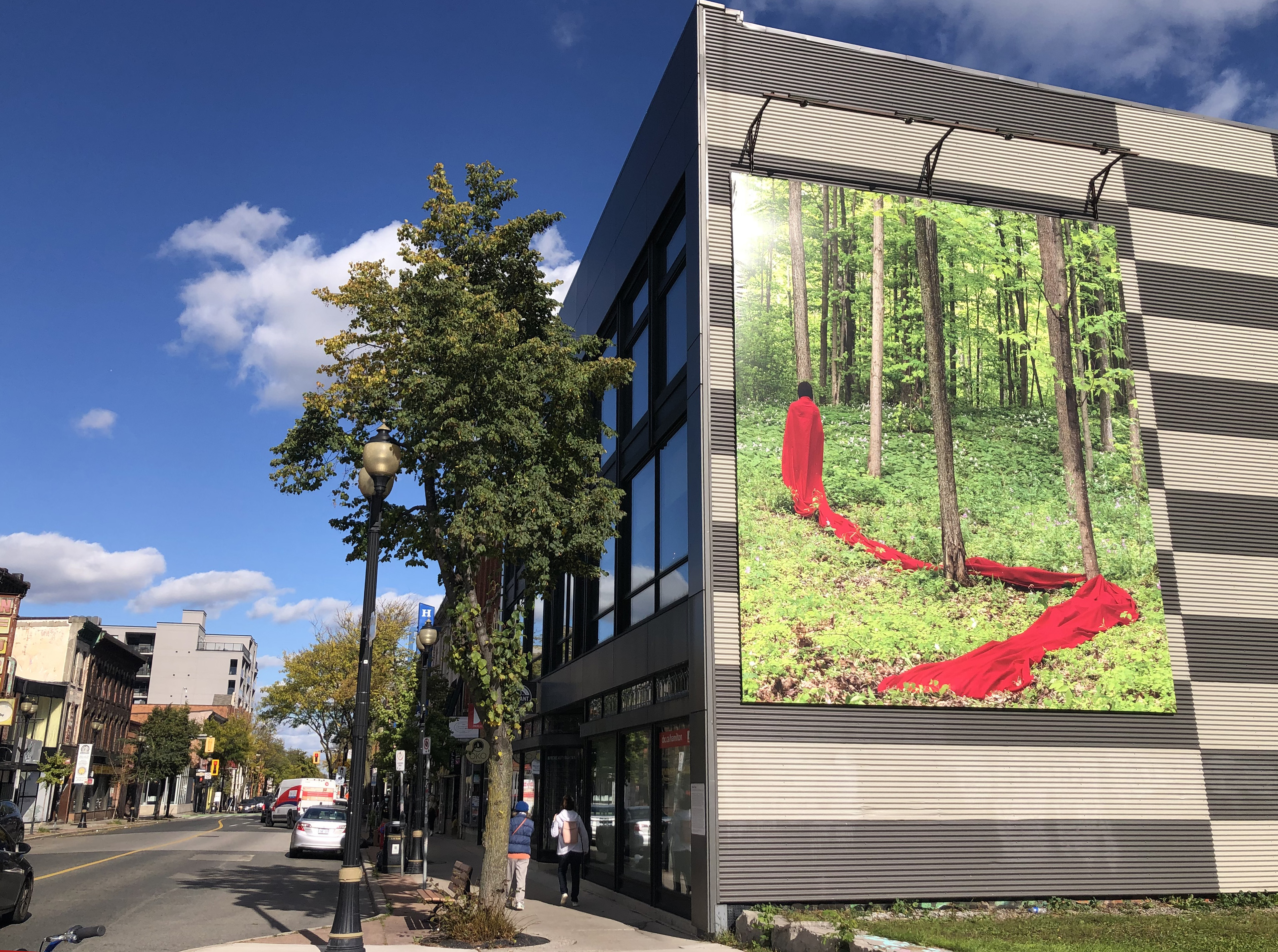 The newly installed work, entitled Nitewaké:non by artist Melissa General, is presented in collaboration with the enawendewin/relationships project at the M(M)A, curated by William Kingfisher.

Melissa General is Mohawk/Oneida from Six Nations of the Grand River Territory. She is a graduate of OCAD and completed an MFA at York University. Working in photography, installation and video, her practice focuses on concepts of memory, history, language, land, and Indigenous identity.

In Nitewaké:non, General examines her Indigenous identity and the longing she feels to return home. The image shows General wrapped in a long, bright red cloth, standing amongst a forest of trees and bushes in the land of her ancestors. Taking in the surroundings, she activates the memories and knowledge of the land, acknowledging those who call her back to Six Nations.

According to the artist, “Nitewaké:non, “the place where I come from,” examines my relationship to land by exploring the history in my home, Six Nations of the Grand River Territory. It is through this exploration on and with the land that I attempt to connect with and honour the memory inherently rooted in Six Nations Territory.”

Nitewaké:non will be on view for one year at 118 James St North.