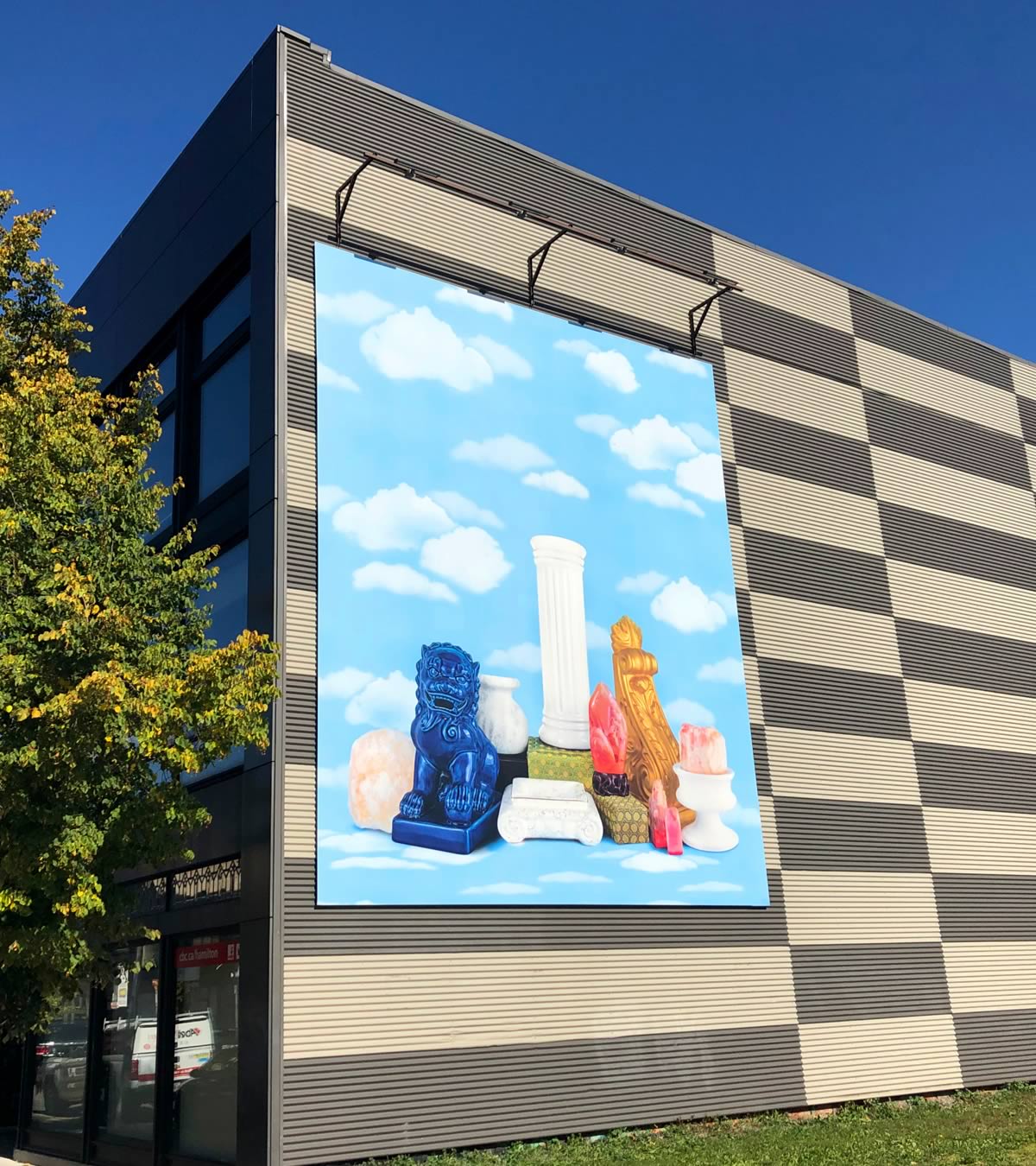 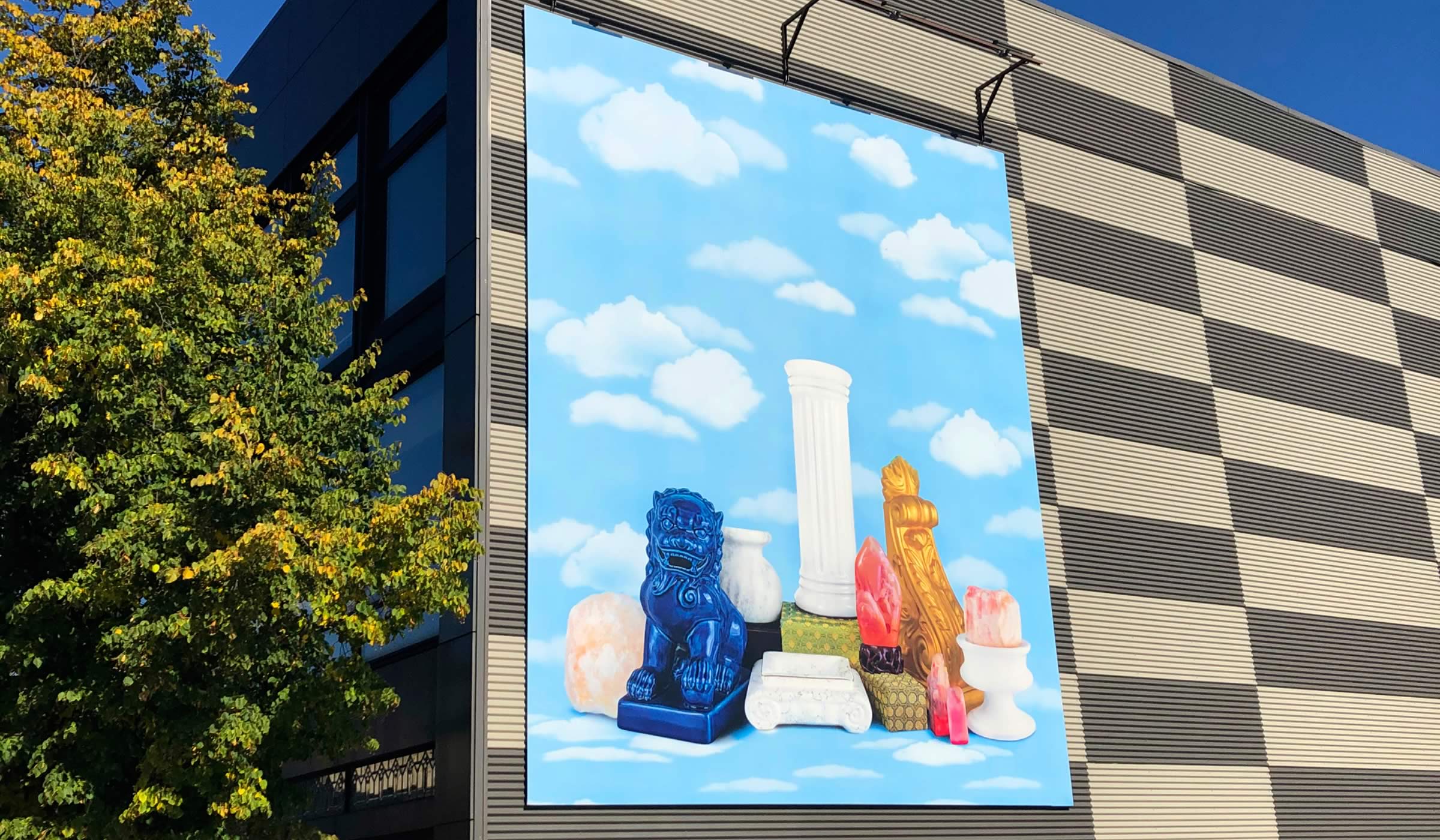 The McMaster Museum of Art has nominated and, with the Hamilton downtown BIA, supported a new mural by Shellie Zhang installed this week on James Street North as part of Supercrawl’s year-long arts festival.

Installed in downtown Hamilton, To What Do We Owe This Honour? enlarges a collection of miniature totemic objects against a backdrop of a sky to create a connection between the intimate setting of one’s home with the shared realm of public space. The project prompts reflection for the objects we surround ourselves with and the monuments we adorn our cities with, questioning, what symbols reflect our current collective values, who’s legacies are given permanence and what histories are given a pedestal?

Shellie Zhang (b. 1991, Beijing, China) is a multidisciplinary artist based in Toronto. She has exhibited in Canada and Internationally at venues including WORKJAM (Beijing), Asian Art Initiative (Philadelphia) and Gallery 44 (Toronto) and was 2017 Artist-in-Residence at the Art Gallery of Ontario.

Early this year, the Museum purchased four works of art by Zhang for McMaster’s permanent collection. Shellie Zhang, To What Do We Owe This Honour? 2020