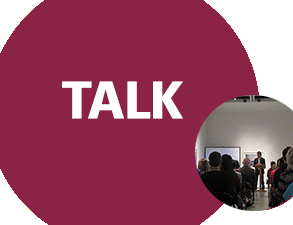 Thursday, November 28, 12:30 – 1:20 pm
Merray Gerges writes around art rather than about it. She studied art history at NSCAD and journalism at King’s in Halifax, where she co-founded and co-edited CRIT, a free biannual criticism publication. Her reporting and criticism have appeared in Canadian Art, C Magazine, MOMUS, Hyperallergic and more, addressing issues ranging from the radical potential (and shortcomings) of intersectional feminist memes and art selfies, to art-world race politics. At Canadian Art, she was editorial resident in 2016, and assistant editor from 2017 to 2019. She’s currently the editorial fellow at C Magazine.